Perhaps the first step in Vedic Astrology is to discard the idea that it is some kind of a superstition. Astrology is composed of two words “Astro” referring to the study of celestial bodies and phenomena and “Logos” meaning the logical application of this scientific study. Vedic refers to the period of the writing of the Vedas and the codification of the data from the Brighu’s (database created across India in the form of Brighu Samhita having records of various birth charts and their life events). Thus, Vedic Astrology refers to the method of Astrology as studied and practised in India since time immemorial. The principal exponent of this is Maharishi Parasara whose writings in the monumental classic Brihat Parasara Hora Shastra form the standard text for Jyotish (Vedic Astrology).

Jyotish is not fatalistic and none other than Brahma Himself can tell you exactly what is going to happen. In fact of the twelve houses that govern the various facets of life, the 3rd, 6th, 10th and 11th houses are called Upachaya or houses of growth. The affairs connected with this house are based on the exercise of free will of the individual and cannot be dictated upon. Thus, the scope for exercise of free will is about 33% in our lives and that is quite a bit if used properly. The Srimad Bhagavat Gita is the discussion between Bhagavan Sri Krishna and His ardent disciple Arjun, the warrior. A question often asked is why does God (Sri Krishna) have to urge and explain the truth of life to Arjuna to fight the battle when He can easily direct him to do so? The sixth house in any horoscope deals with enemies and battles and this is under the FREE WILL of the individual as it is an Upachaya. Hence even Bhagavan had to preach Arjun about the value of standing up and fighting for truth.

The Sun Signs , the “Zodiac”

Dwadas Aditya– The twelve Sun Signs: For one reason or the other, whether it be the conquest of the Normans or the birth of Christ, the starting date of the year has been varying as calendars come and go. In the scheme of Vedic astrology, the solar calendar consists of twelve houses of 30 degrees each covering the total span of 360 degrees. These are called the twelve Sun Signs (Dwadas Aditya). These signs are fixed (unlike that used in the western astrology) although the names and other significations, nature etc are similar to that used in Western astrology.

Table-1: The Characteristics of the Signs

Characteristics of the Signs: The signs of the zodiac are classified in various ways. The important ones are listed below:

Ayanamsa4: This difference is due to the fact that Vedic Astrology takes into account the astronomical fact of the precession of the solar system around another point called a “Nabhi” or Navel whereby the system precesses (like going back) at the rate of about 50.23 seconds per year (others take an average varying from 50″ to 54″ per year based on the time of 26,000 years or 24,000 years for the precession to complete one circle of 360 degrees). This precession results in a mathematical correction called Ayanamsa.

Sankranti: The dates assigned to the signs of the zodiac are based on the solar ingress (i.e. entry of the Sun) of the signs. Depending on the value of Ayanamsa used, this date can vary by a few days and different “astrologers” assign slightly different dates based on their belief on the date of conjunction of zero point of the precession and Aries (called beginning of Kali Yuga) and the rate of the precession. The Government set up a committee called the Calendar reforms committee to correct the anomaly between the beliefs of different Vedic calendars. The result was what is popularly called the Rashtriya Panchang (National Calendar) and the Lahiri Ayanamsa. The date at which the Sun enters a sign is called the Sankranti. Thus, we have 12 Sankranti’s based on the date of the Sun’s entry into each of the 12 signs from Aries to Pisces. Good Vedic Astrologers will date events from the days calculated from Sankranti and also the Tithi. The Vedic Sun signs have a profound influence on the desires of the soul, which is the real individual and if charts are matched on the basis of the Sun signs in addition to the Moon, then real compatibility can be ascertained. Thus, in a way, people having the same Sun signs as given below can be called “soul mates”.

Tithi: Tithi is the Vedic date of the Lunar calendar and is a measure of the distance between the Sun and the Moon starting from Pratipada when they conjoin at Poornima when they oppose at 180 degrees. There are 15 Tithi in the Sukla Paksha (Waxing Phase) and 15 Tithi in the waning phase (Krishna Paksha) (Refer Table-1). Each Tithi is an angle of 12 degrees. This angle is mathematically represented as:

Table 2: Tithi or the Vedic date (All angles in degrees)

Footnotes
1. Aditya is the name of the Sun God as born from Aditi [the mother of the Gods or Deva’s (Deva is derived from Diva, meaning the giver of light or enlightenment)]. There are 12 Aditya’s or Sun Gods for each of the 12 months of Solar transit through the 12 signs. To find your Sun God/Aditya, refer to Vedic Remedies in Astrology by Sanjay Rath.

2 Ketu, the descending node is the co-lord of Scorpio

3 Rahu, the ascending node is the co-lord of Aquarius

4 Ayanamsa: this is the precession of the solar system and is to be added or subtracted from the zero point of Aries in the western chart to arrive at the Vedic Horoscope. For example, the solar ingress into Aries resulting in the start of the Aries Month in western astrology is March 21. However, the Ayanamsa at present (2000 AD) is about 23 degrees and adding 23 days to March 21 we get April 14 as the date for Solar ingress into Aries in the Vedic Calendar.

On this auspicious day of Yamuna Shati I have made all lectures and video in Atri Jyotisa free. If something is not accessible, please let me know. Do share this with your friends https://srath.info/ 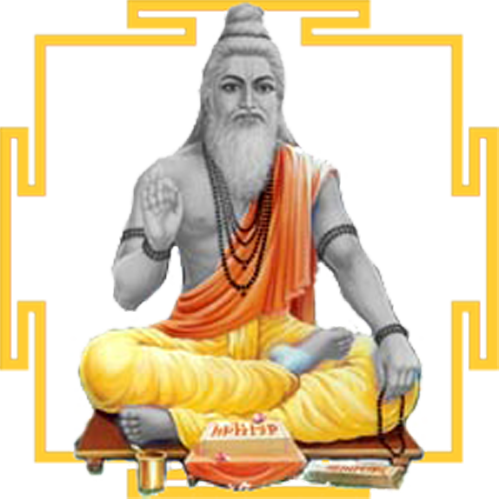